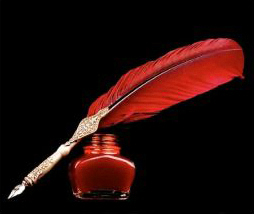 The efforts to rescue the war stricken European Jewish population during and following WWII were very complex due to the massive relocation efforts that were necessary to prevent further disaster.

"The Swedish government spearheaded the effort to allocate funds to these efforts and thus, the government and its people have been remembered for their “unexampled demonstration of devotion to humanitarian principles,” according to a 1943 article by the Joint Distribution Committee.


The first refugees in the 1930s were German Jews, and following the occupation of Norway and Denmark many non-Jewish refugees who fought against Nazism arrived in Sweden. The larger flow of refugees began after April 9, 1940, when Germany occupied Norway and Denmark, and began persecuting socialists, state employees, officers and policemen.


There was great interest among Jews living in Sweden to join the general Jewish relief work, even if the efforts were limited due to the neutrality of the government. Funds for relief work were collected annually from various Jewish communities as well as from the central Relief Committee of the Jewish community in Stockholm. However, because of war conditions and increased cost of living, there was a gap between what was needed to continue to support the refugees and what the Jewish community was able to give.

Julius Huttner was one of the Swedes who was capable of closing this gap. Born in Gothenburg in 1881, Julius was one of four children. His father Benjamin Salomon Hüttner came from Vilnius, Lithuania, in 1859, and his mother was born in Königsberg. For generations, Hüttner’s family had been watchmakers, a tradition which he continued. Hüttner’s watch business grew, and by the time Hitler came to power in the early 1930s, he was a prominent Gothenburg figure.

When the persecution of the Jews began, Hüttner wanted to help. He reduced his business, spending his time and energy to help organize the Jewish community’s aid efforts.

“I had no idea what a gigantic task I undertook when I began helping refugees in 1933,” Mr. Hüttner said in 1951 New York Times interview.

He first had to struggle with the authorities, as a better system of collaboration was only established in later years. “He had to convince them to give refuge to people threatened, often with the promise that some other country would accept them after a short stay in Sweden,” says Mr. Hüttner’s grandson, Peter Huttner. “The work also led to contacts with people in and outside Gothenburg who decided to take the refugees in, but often wanted some economic compensation for doing so. The refugees were thrown  in to an unknown world and often need comfort and advice.”

In the 1930s, Mr. Hüttner was named the General Consul of Costa Rica, and it was in this position that he was able to obtain passports and visas for a number of refugees from Germany early in the war. He also distributed money coming from the Joint Distribution Committee in London intended for refugees living under harsh conditions in the Swedish  countryside.

“The first refugees arrived in Sweden in the early 1930s,” Mr. Hüttner said in a 1965 interview published in Unzer Wort. “Most of those were German Jews. Later came a stream of non-Jewish refugees. I made no distinction between Jews and Gentiles. I provided so that they could get a roof over their head, finding homes for them, in Gothenburg and the vicinity, finding employment. The biggest problem was getting jobs for 40,000 people.”

“It was necessary to obtain a residence permit for the refugees,” Mr. Hüttner continues, “getting clothing and funds for money, doctors, medicine and hospitals. We also provided for those who died during this time. We made sure they got a proper burial. For non-Jews it was also provided for, to get their final resting place in a cemetery. We also provided for the religious Jews to have kosher food. The Swedish state realized the value of humanitarian work and covered all costs of refugee assistance.”

After the war, Julius Hüttner was given the Danish Order of Dannebrog, an honor given to the faithful servant for meritorious civil service and his particular contribution.

He was also honored with the Norwegian Freedom Cross. In 1951 a grand parade was held in honor of his 70th birthday. Delegations from 15 nations attended the parade and thousands gathered outside his home to pay tribute. The whole city of Gothenburg was decorated for the occasion. Greetings poured into Hüttner’s home, including one from Winston Churchill and several from the International Red Cross.


However, Mr. Hüttner continued to remain humble about his contribution to the rescue of European Jewry during the war. Asked in a 1965 interview if he would speak about the relief he provided many Jewish and non-Jewish refugees who came to Sweden during the war, Hüttner replied, “”I have only done my Jewish and humanitarian duty.”

Click here to see a letter written to Julius Hüttner from a man seeking help in rescuing his wife.


Posted by Scandinavian Jewish Forum at 8:49 AM