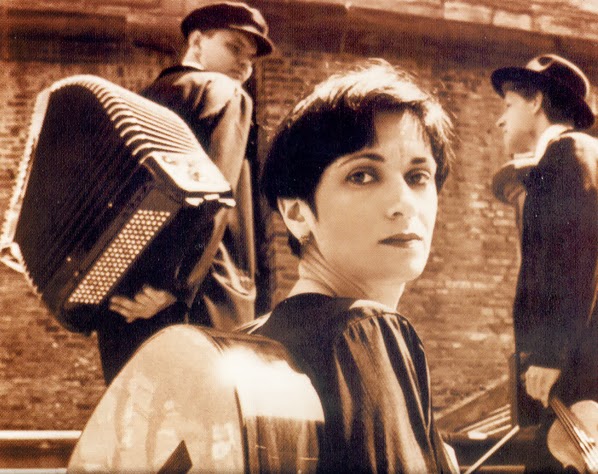 Bente Kahan is a uniquely gifted Norwegian Jewish actress, playwright, dramatist and musician. She has her roots in a distinguished Hassidic family and has woven her talents and passion into the heart of her ancestral roots and personal identity. She was the major force of the renovation of the White Stork Synagogue in Wroclaw, better known by the German name Breslau, the largest city in eastern Poland and situated on the Oder River.

She is the director of the Center for Jewish Culture and Education in this historical building. The Center organizes cultural and educational events year around and serves as a house for learning and culture – a place for tolerance and understanding. It stands as a vital Jewish heart in the middle of Europe. In 2006, Bente Kahan received the Wrocław Mayor’s Prize for her work and in 2010 she was awarded the title the Ambassador of Wroclaw.

Bente Kahan: 15 years ago I came across my family tree at my parents’ home. I discovered some family documents which enabled me to trace my family’s history back to the 13th century Sepharad (the Hebrew name for Spain). The majority of the Spanish Jews, approximately 200,000, were expelled from Spain during the Inquisition in 1492. They ended up in North Africa, Italy, Turkey, Poland and elsewhere throughout Europe. Jews were forced to convert to Christianity. They became known as “Maranos”. Those who did not convert were killed. After the expulsion, the Spanish authorities imposed an unofficial ban against Jews from ever living in Spain again. It was by chance that these family documents were preserved during the Holocaust by distant relatives in Switzerland.

Based on my personal, immediate and distant family history and genealogical findings, I have developed a solo performance piece around my family tree. I have used my family history as a theme for two of my concerts, one given in Warsaw and the other in New York. The whole idea of the piece was to tell my complex and multifaceted family story, and by doing that, perhaps also telling everyone else’s. 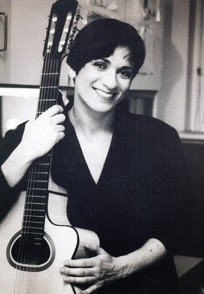 How was growing up in Norway as a Jewish girl?

I was born in Norway in 1958. When I was growing up in the 1960s, there were hardly any foreigners in Norway. The capital Oslo was populated almost entirely by blond natives. My complexion was a little bit darker. I had black hair and deep, dark eyes. I just about had the appearance of a colored person or at least what one who could be considered colored in USA. I was perceived as a foreigner, even though I was fluent in Norwegian and participated in the culture. People would always ask me where I came from. It was clear early on that I was different. I didn’t mind.

However, many of the Jews of my age found the tension between the Jewish and Norwegian identities difficult. Furthermore, we felt we were part of a minority. This would also explain why many of them chose to leave Norway to make Aliyah (move to Israel).

As an integrated member of a minority, I became somehow an active member of an ethnic community. I had to be spokesperson for the whole Jewish society all at once! I had to represent the whole Jewish community when we were taught religion in school. I saw myself virtually taking the role of a rabbi. If the teachers or students had questions concerning my religion, I would make sure to give them a valid answer. I developed strength though these experiences. 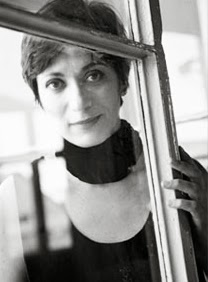 The fact that my parents were very traditional Jews made me very grounded in my own Jewish tradition and I never entertained a conflict with my own identity as a Jew. I was very fortunate to have had parents who felt secure in their own identities.

My father came from Hungary and came to Norway after the war, in 1949. He came to visit his sister, whose husband was hired as a cantor in the synagogue in Oslo after the war. He had planned to continue to the United States, but he really liked Norway and decided to start his own business. He met my mother there. She was born in Norway, but had escaped to Sweden during the war. He was raised in a Hassidic traditional household and was a very open minded person. My father wanted very much that I speak Norwegian. At the same time, he would maintain his strong identity and conveyed that identity to his children.

Growing up, however, I regret I did not learn to speak Yiddish. The only reason I wanted to learn Yiddish was because my father was telling all these Yiddish jokes that I could not understand. My parents only spoke Norwegian to me. The notion that a child can learn more than one language at the same time was not prevalent at that time.

The destiny of Scandinavian Jews and Polish Jews is tragically different. Is there any explanation?

My maternal grandmother was born in Lithuania and spoke Yiddish, but the official language was Russian at that time. Other minorities spoke Lithuanian or German. My grandmother came to Norway, the land of opportunity in 1905. It was also the same year that Prince Carl of Denmark came to Norway.

After the dissolution of the union with Sweden, Prince Carl became the first king of Norway and he immediately endeared himself to his adopted country in line with former kings, by taking the Old Norse name of Haakon VII. I recently had an opportunity to meet his successor, the present King of Norway. I was a guest at a royal reception in Warsaw, hosting the King of Norway. I told the King: “We do have something in common: Your grandfather and my maternal grandmother came to Norway as immigrants the same year in 1905.”

Norway was really not a suitable place for Jews to make a living. In 1927 it became illegal to slaughter kosher meat. Nevertheless, my grandmother chose to stay, but she never seemed to have embraced the national sport of skiing! She was so poor when she arrived in Norway. She had nothing. Her family was traveling around the country, trying to sell a few things. She later became a store manager and spoke Norwegian with a Yiddish accent, the same accent as Jews in Odessa and Warsaw.

As to the comparison of the different destiny between Jews in Poland and Jews in Norway, we should remember that at the time of the Holocaust, Jews had lived in Norway for less than a hundred years, while the Jewish presence in Poland was already noticeable, extending over 800 years. Poland had the world’s largest Jewish population in 1920. These are two completely different narratives.

The Jewish presence in Poland has had a huge impact on the Polish identity –few people know that the Jewish vocabulary has to some degree infiltrated the Polish language, as much as it has the English language and American culture. This is evident in literature and in the craft and art of food.

Furthermore, some Jews assimilated into Polish society and became cultural figures. The Jewish influence on Polish society has been much greater than their influence in Scandinavia where they have always been a small minority. Even so, in spite of their minor presence in Norway, Jews have had prominence in the cultural and political life there as well. One example is Jo Benkow, who was a writer and a politician within the Conservative Party of Norway and the President of the Parliament from 1985-1993.

What is your current role at the White Stork synagogue?

The Jewish community in Wroclaw approached me some years back to assist them with cultural activities in the White Stork Synagogue, a nineteenth century synagogue (1829) that has become an important culture center for the whole city of Wroclaw (700.000 inhabitants) and religious center of the local Jewish community.

The result was a Jewish Cultural and Educational Center which opened in 2005, some 60 years after the end of the war, where I am currently a full time artistic director. I created the Bente Kahan Foundation which currently runs the Center. However, the building needed serious renovation and I have been responsible for seeing this through. This has not prevented us from using the space, however. Three of my own theater plays with local actors performed for approx 20,000 school kids from the region.

The renovations of the synagogue were completed and the synagogue was rededicated in 2010. It was renovated with funds from the city of Wroclaw and later an EEA Fund (Iceland, Liechtenstein and Norway), in cooperation with the City and The Union of Jewish Religious Communities in Poland, all with The Bente Kahan Foundation as its leader. Since opening in 2012, the synagogue has become one of the most attractive concert halls in this region of Poland.

I collaborated on a project with Norway in 2010 in connection with the completion of the restoration called “The Jewish life in Oslo and Wrocław“. The project consisted of two separate exhibitions, one in each country. The exhibition for our synagogue, History Reclaimed, was, about the 800 years old history of Wrocław’s Jewish communities.

The Norwegian contribution to the project was called “Wergeland’s Legacy”, documenting the life of Norwegian Jews from 1851, when the Norwegian constitution first allowed Jews entry into Norway. The exhibition followed the timeline through 1940-1945 and is named after Henrik Wergeland (1808 –1845), a Norwegian writer known for championing for Jews to get the right to enter Norway in the 19th century.

Your voice – how did your musical and theatrical career connect?

I was a classical trained actress when I returned to Norway from Israel in 1983. The fact that I was very different, even as a child, was not an advantage in the arts community. The theatre was very conservative and core ethnic, but became progressive with time. I remember the head of the Norwegian TV saying to me, after an audition: “Bente, with your beautiful dark eyes will you be performing in a Norwegian theater?” I left the audition feeling weird. Today, the arts scene is a very different place, with people from multiple cultural and religious backgrounds.

I had come from an active arts scene in Israel where I played at the national theater. Norway made me feel that I could be more creative. I started to write my own plays, such as a musical about Bessie Smith, Voices from Theresienstadt, Farewell Cracow and others. To continue my artistic development, I began collaborating with the Norwegian stage director Ellen Foyn Bruun, often using archival and historical as well as folkloric material. This way I could shed new light on the past, renovate and preserve Jewish heritage and make history personal and available to my audience and something that each of us could refer to Jewish and non-Jewish audiences alike.

Bente Kahan has appeared at various official Jewish cultural events, to mention some:

The official opening of the Norwegian HL-center in Oslo, 2006.
She sang at the commemoration of “Krystallnacht” in Wroclaw (Breslau), ”Voices from Theresienstadt”.The White Stork Synagogue, Wroclaw, Poland, 2005
Part of the official Polish ceremonies marking the 60th anniversary of the end of WWII, 60th anniversary of the end of WWII. Berlin Opera House, 2005.
60 years since the largest transport of inmates from the ghetto Terezin /Theresienstadt to Auschwitz. “Lieder und Cabaret aus Theresienstadt”. Terezin, Magdeburger Kaserne, Czech Republic, 2004.
Inauguration of a plaque paying homage to the memory of the Norwegian Jewish victims of the Holocaust on the anniversary of the liberation of Auschwitz. Oslo, 2002.
150 years since the abrogation of Section II of the Norwegian Constitution excluding Jews from the country. Eidsvold Building, Norway. June 13, 2001.
Swedish Holocaust educational initiative, Living History. Performance at the Great Synagogue, Stockholm, at the invitation of Sweden’s PM, Goran Persson. Stockholm, Sweden, 2000.
Remembrance of the 50the anniversary of Krystall Nacht. “Stimmen aus Theresienstadt”.
Terezin/Theresienstadt, 1998.
Norwegian Constitution Day gala, performer and MC. Oslo Concert Hall. Oslo, Norway, 1998.
Celebration of Israel’s 50th National Day. Trondheim, Norway. 1998.

previously published in Thanks to Scandinavia
Posted by Scandinavian Jewish Forum at 10:11 AM